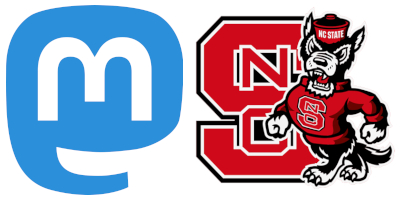 Senior year at NCSU in the computer science program concludes with Senio Design. We organize into teams, and a local company assigns us a toy project to work through during the semester. Our assignment was to build an internal Twitter-like social media platform.

That’s a rather tall order for 4 students in one semester, and we didn’t want to reinvent the wheel, so we convinced the company to install a self-hosted instance of the Mastodon social network and we would instead write a web app client for it that mirrors the UI that the company wanted (a more Twitter-like feel).

I was fortunate enough to be assigned to write the backend (from the controllers on down), so I never had to worry about all the Angular pains everyone else struggled with :)